The Phases of SaaS Grief 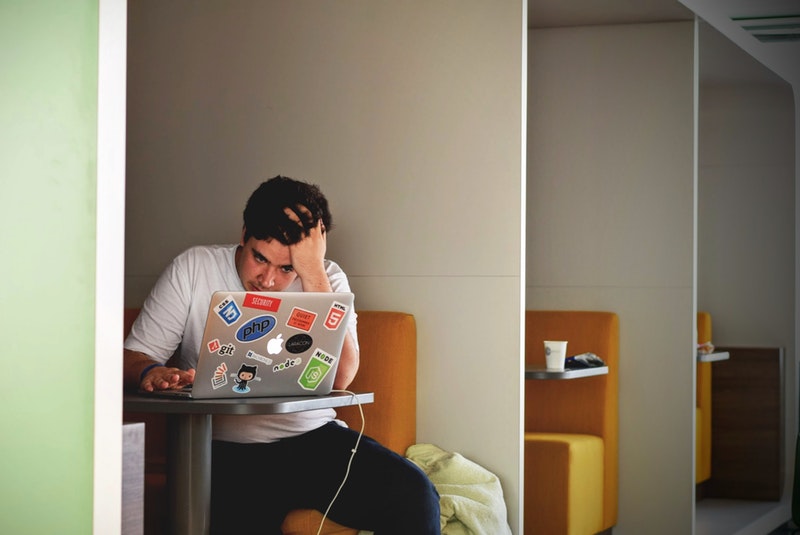 Over a decade of helping on-premise and licensed software companies through the transition to “Something as a Service” – whether that be Software (SaaS), Platform (PaaS), Infrastructure (IaaS), or Analytics (AaaS) – has given us a rather unique perspective on the various phases through which these companies transition.  Very often we find ourselves in the position of a counselor, helping them recognize their current phase and making recommendations to deal with the cultural and operational roadblocks inherent to that phase.

While rather macabre, the phases somewhat resemble those of grieving after the loss of a loved one.  The similarities make some sense here, as very often we work with companies who have had a very successful on-premise and/or licensed software business; they dominated their respective markets and “genetically” evolved to be the “alphas” in their respective areas.  The relationship is strong, and their past successes have been very compelling.  Why would we expect anything other than grieving?

But to continue to evolve, succeed, and survive in light of secular forces these companies must let their loved one (the past business) go and move on with a new and different life.  To be successful, this life will require new behaviors that are often diametrically opposed to those that made the company successful in their past life.

It’s important to note that, unlike the grieving process with a loved one, these phases need not all be completed.  The most successful companies, through pure willpower of the management team, power through each of these quickly and even bypass some of them to accelerate to the healing phase.  The most important thing to note here is that you absolutely can move quickly – but it requires decisive action on the part of the executive team.

Phase 1: Denial This phase is characterized by the licensed/on-premise software provider completely denying a need to move to an “X” (something) as a Service (XaaS, e.g. SaaS, PaaS) model.

Reinforcing this misconceived belief is an executive team, a sales force, and a professional services team trapped in a prison of cognitive biases.  Hypothesis myopia and asymmetric attention (both forms of confirmation bias) lead to psychological myopia.  In our experience, companies with a predisposed bias will latch on to anything any customer says that supports the notion that XaaS just won’t work.  These companies discard any evidence, such as pesky little startups picking up small deals, as aberrant data points.

The inherent lack of paranoia blinds the company to the smaller companies starting to nibble away at the portions of the market that the successful company’s products do not serve well.  Think Seibel in the early days of Salesforce.  The company’s product is too expensive and too complex to adequately serve the smaller companies beneath them.  The cost of sales is simply too high, and the sales cycle too long to address the needs of the companies adopting XaaS solutions.  In this phase, the company isn’t yet subject to the Innovator’s Dilemma as the blinders will not let them see it.

Successful executive teams identify denial early and simply shut it down.  They establish a clear vision and timeline to move to the delivery of a product as a service.  As with any successful change initiative, the executive team creates, as a minimum:

Phase 2: Reluctant but Only Partial Acceptance
This phase typically starts when a new executive, or sometimes a new and prominent product manager, is brought into the company.  This person understands at least some of – and potentially all of – the demand side forces “pulling” XaaS across the curve of adoption, and notices the competition from below.  Many times, the Innovator’s Dilemma keeps the company from attempting to go after the lower level competitors.

The company embarks upon taking all their on-premise solutions and hosting them, nearly exactly as implemented on-premise, as a “service”.

Many of the company’s existing customers aren’t yet ready to migrate to XaaS, but discussions are happening inside customer companies to move several solutions off-premise including email, CRM and ERP.  These customers see the possibility of moving everything – they are just uncertain as to when.

The answer for how to speed through or skip this phase is not significantly different than that of the prior phase.  Vision, fear of death, a compelling adversary, and a “no excuses” culture are all necessary components.

Secular forces drive customers to seek a shift of risk.  This shift is analogous to why one would rent instead of owning a home.  The customer no longer wants the hassle of maintenance, nor are they truly qualified to perform that maintenance.  They are willing to accept some potential increase in costs as capex shifts to opex, to relieve themselves of the burden of specializing in an area for which they are ill-equipped.

If not performed during the Denial phase, now is the time to remove executives who display behaviors inconsistent with the new desired SaaS Principles

Phase 3: Pretending to Have an Answer
The pretending phase starts with the company implementing essentially an on-premise solution as a “SaaS” solution.  With small modifications, it is exactly what was shipped to customers before but presented online and with a recurring revenue subscription model.  We often like to call this the “ASP” or “Application Service Provider” model.  While the revenue model of the company shifts for a small portion of its revenue to recurring services fees, the solution itself has not changed much.  In fact, for older client-server products Citrix or the like is often deployed to allow the solution to be hosted.

The product soon displays clear faults including lower than desired availability, higher than necessary cost of operations, higher than expected operating expenses, and lower margins than competitors overall.  Often the company will successfully hide these “SaaS” results as a majority of their income from operations still come from on-premise solutions.

The company will often use nebulous terms like “Cloud” when describing the service offering to steer clear of direct comparisons with other “born SaaS” or “true SaaS” solutions.  Sometimes, in extreme cases, the company will lie to itself about what they’ve accomplished, and it will almost always direct the conversation to topics seen as differentiating in the on-premise world rather than address SaaS Principles.

Meanwhile, customers are starting to look at true SaaS solutions.  They tire of availability problems, response time issues, the customization necessary to get the solution to work in a suitable fashion and the lack of configurability.  The lead time to implementation is still too long.

Sales people continue to sell the product the same way; promising whatever a customer wants to get a sale.  Engineers still develop the same way, using the same principles that made the company successful on-premise and completely ignorant of the principles necessary to be successful in the SaaS world.

It’s not completely a bad thing to launch, as a first step, a “hosted” version of a company’s licensed product.  But the company must understand internally that it is only an interim step.

In addition to the visionary and behavioral components of the previous phases, the company now must accept and be planning for a smaller functionality solution that will be more likely adopted by “innovators” and “early majority” companies.  The concept of MVP relative to the Technology Adoption Lifecycle is important here.

Further, the company must be aggressively weeding product, sales, and technology executives who lack the behaviors or skills to be successful and seeding the team with people who have “done this before”.  Sales teams must act similarly to used car sales people in that they can only sell “what is on the lot” that will fit customer “need”, as compared to new car sales people who can promise options and colors from the factory (“It will take more time”) that more precisely fit a customer’s “want”.

Phase 4: Fear
The company loses its first major deal or two to a rival product that appears to be truly SaaS and abides by SaaS Principles.  They realize that their ASP product simply isn’t going to cut it, and Sales people are finally “getting” that the solution they have simply won’t work.  The question is:  Is the company too late?  The answer depends on how long it took the company to get to this position.  A true SaaS solution is at the very least months away and potentially years away.  If the company moves initially right to the “Fear” stage and properly understands the concepts behind the TALC, they have a chance.

How to Avoid or Limit This Phase
This is the most easily avoided phase.  With proper planning and execution in prior phases, a company can completely skip the fear stage.

When companies find themselves here, its typically because they have not addressed the talents and approach of their sales, product, and engineering teams.  Sales behaviors must change to only sell what’s “on the car lot”.  Engineers must understand how to build the “-ilities” into products from day 1.  Product managers must switch to identifying market need, rather than fulfilling customer want.  Executives must now run an entirely different company.

Final Phase: Healing or Marginalization
Companies successful enough to achieve this phase do so only through launching a true XaaS product – one that abides by XaaS principles built and run by executives, managers and individual contributors who truly understand or are completely wedded to learning what it means to be successful in the XaaS world.

Summary
The phases of grief are common among many of our customers.  But unlike grieving for a loved one, they are not necessary.  Quick progression, or better yet avoidance, of these phases can be accomplished by:

This shift often results in a significant portion of the company departing – sometimes willingly and sometimes forcefully.  Some people don’t want to change and can find other companies (for a while) where their skills and behaviors are relevant.  Some people have the desire, but may not be capable of changing in the time necessary to be successful.

Next: SaaS Risk and Value Shift