GROWTH BLOG: It's Good Housekeeping, not Tech Debt!
Technology ConsultingScalability - We wrote the book on it ℠ 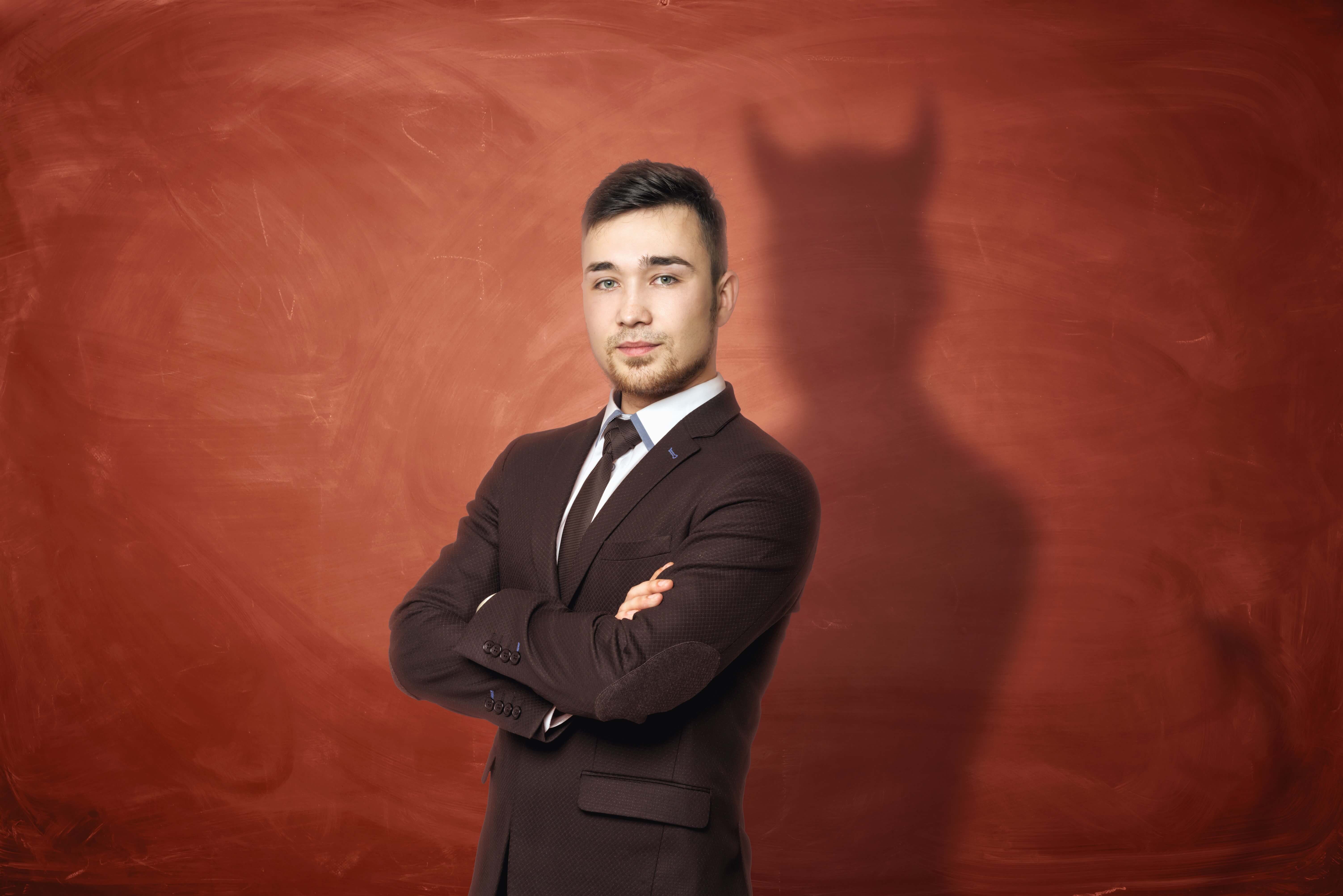 The world of software development is all abuzz with the notion of patterns and anti-patterns.  Patterns are something we endeavor to follow and propagate as a best practice or path to success.  Anti-patterns are things we seek to avoid as they are likely to lead to failure or sub-optimization of our systems.

Anti-patterns are useful in other areas of our lives as well.  For instance, we can apply them to leadership approaches that simply do not work or that return the wrong long-term results.  Here are three leadership anti-patterns taken from my personal experience with leaders as superiors, subordinates and colleagues:


“Continuous effort - not strength or intelligence - is the key to unlocking our potential.”
― Winston S. Churchill

Imagine a giant head positioned on a stick figure body sitting behind a desk and passing judgement on everyone else.  This is the Big Brain anti-pattern leader.

Shortly after eBay’s acquisition of PayPal in October 2002, I took over responsibility for the PayPal engineering team in addition to my other responsibilities. Human resources professionals and even engineers told me that it was common practice for engineers to be given an IQ test as part of the interview process.  I cannot verify that was the case, but I did ensure that no such practice would continue while I was accountable both to and for the team.

Don’t get me wrong - there was no doubt that the PayPal team was an exceptionally bright team, just as there was no doubt (whether IQ tests were required or not) that it focused way too much on the perception of intelligence.  I also noticed other oddities:

An alarming number of conversations focused on the perceived intelligence of varying employees.

Too many decisions were made by technology executives, stalling progress of teams as teams waited for a senior executive to bless a solution or approach.

I have since seen similar problems over the last decade and a half helping our clients.  Several times a year CEOs will tell me something like “We have a lot of very bright people here…” or “We have some of the smartest engineers and product managers on the planet…”.  These statements are usually followed by a laundry list of things that are not being done to the satisfaction of the CEO or other senior executives.  I have learned that whenever I hear anything that sounds like “We have very smart people…”, we will find MORE problems than in our average engagement.

The problem with the perception of intelligence is that it is subjective, lying mostly in the eye of the beholder.  While there are objective measurements of intelligence available, the correlation between IQ and career success is moderate at best for an individual contributor (https://www.jstor.org/stable/20628656?seq=1) and very low for an executive.  The IQ test was never meant to be a predictor of anything other than academic ability( https://www.businessinsider.com/iq-tests-dark-history-finally-being-used-for-good-2017-10).  Its modern roots lay in the development of a test to ascertain students who may have trouble in school, and to identify the difference between intelligent kids who lack drive and children who generally need additional help.  More recent studies have found that Emotional Quotient is a better predictor of success in most non-academic positions including individual contributor roles (https://www.independent.co.uk/news/science/personality-iq-success-wealth-factors-determining-prospects-intelligence-careers-james-heckman-national-academy-sciences-a7880376.html).  Within leadership roles, there is no substitute for EQ.  Moreover, there is a growing body of research indicating that IQs greater than 120 seem to reduce the probability of success when individuals are engaged in endeavors where teamwork is necessary (such as the development of a product or leading a team) (https://psycnet.apa.org/record/2017-14279-001).

At best, intelligence is a single independent variable potentially corelated with the dependent variables of success and getting stuff done (#GSD).  But it absolutely is not a guarantee of either.  Assuming an adequate IQ (the average American IQ is 98 – so let’s say 90 or more), both drive (sometimes known as “grit”) and EQ are more highly correlated with both academic and business success.  And, as the psychiatric research cited above indicates, people of high IQ sometimes:

Focus too much on solving problems themselves, eliminating the value the scale of an organization can bring including diversity in perspectives and faster time to market

Speak and interact in ways that people of lower IQs may not easily understand and therefore be capable of acting upon.

Do not be the Big Brain leader.  Be someone who focuses on things that matter – specifically the dependent variable of getting stuff done #GSD.


“I don’t talk about myself in the third person, and I laugh at people who do”
-Ringo Starr

I once had a boss who would stop by and ask me, sometimes weekly, “What have you done for me today?”

Wow.  Nothing is more self-centered and off the mark for creating a team identity than someone who focuses discussions on themselves.  Hilariously, this same boss would often use the third person, such as “Stop and ask yourself what John would do in this situation”, “What do you think John would think of that” or “That’s not something John is going to like, is it?”.

Such a leadership approach has two primary problems.  The first is that it focuses on transactions, creating a quid-pro-quo relationship.  In fact, this approach has a large and growing body of research associated with it called “Transactional Leadership”.  It’s flaws are many, including:


Transactional leaders focus on the moment and the activity at the expense of vision, mission and long-term outcomes.  They eschew relationships in favor of rewards and penalties for activities.  Employees become trained to “pull the lever and get the cheese” at the expense of creativity and fast-moving autonomy.  Loyalty is decreased between the manager and subordinate; rather than focusing on developing a relationship, each interaction is a transaction.  Retention may be high while the company is succeeding, but the lack of loyalty results in high departure rates at the first signs of trouble.

Self-centered leaders also fail to create a team identity.  Teams will often reference their leader and his/her perception in discussions rather than focusing on the customer and business outcomes.  Subordinate leaders get trained to similarly create their own cult of personality which in turn creates a Russian Doll effect of cults down to the individual contributor.

Contrast this approach with leaders who focus on creating team identities closely aligned with business and customer outcomes.  The greatest leaders I have ever known don’t need their name invoked – they create identities and visions that propel teams to incredible heights long after the leader has departed.  These leaders care about both the team and the outcomes.  They think “Mission First, People Always”.  The academic research behind these types of leaders is known alternatively as both Charismatic Leadership and Transformational Leadership.

You have all met this knucklehead before.  This leader is the one frequently going to dinner, concerts or sporting events paid for by a vendor.  This leader spends more time thinking through their next press release than they spend on developing team members.  Characteristics of the “Rockstar” anti-pattern include:

The Rockstar anti-pattern is really an ethically challenged “Third Person” leader.  Whereas the “Third Person” leader is attempting to get stuff done, the Rockstar is just using her position to build a better life for herself; most often by leveraging vendors expense accounts to attend interesting events or have a nice bottle of wine.

There are several reasons not to be a Rockstar.  These include:

As leaders we are always under the microscope.  None of us are perfect and we will all make mistakes.  But none of us need the additional scrutiny and criticism that the Rockstar invites.  Leadership is about building great teams, empathy, and getting stuff done.  Leadership is not about you.

Next: Whole Product Concept for SaaS