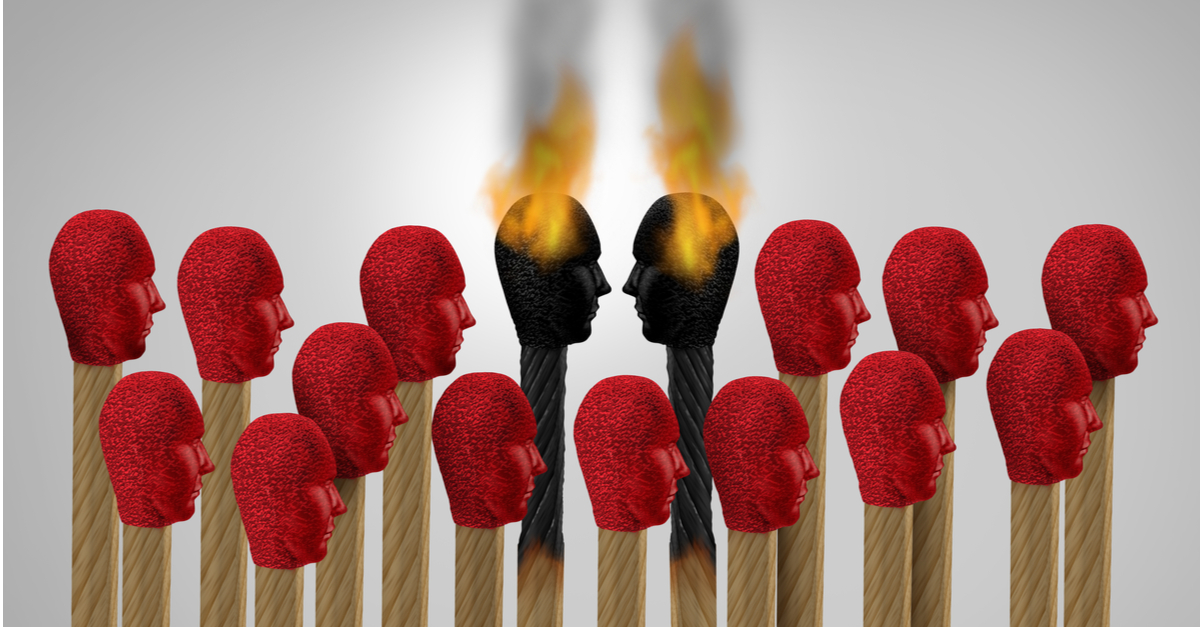 I’m a cancer survivor. Not the kind of biological cancer that took both my grandfathers and has affected many of my friends and family, but the evil and malicious cancer that mutates and destroys the people and performance within an organization.

I’ve learned through my personal battles with “org-cancer” that acting quickly and decisively to excise these “org-tumors” the minute they are detected keeps them from spreading. And not acting quickly contributes to the spreading of the cancer throughout the organization.

Early detection and treatment are the only way to keep these beasts from destroying our organization, our products and our companies.

Here are the four most common types we find when conducting technical due diligences and long-term engagements:

This nasty cancerous employee believes that information is power – the more he has relative to everyone else, the more powerful he is.

She will provide or expose information only when it meets her own needs. This is an engineer who might not want to share knowledge about a codebase, an executive who only shares metrics that show stellar results and hides those that show problems, or a salesperson who refuses to share how she has been so successful.

Solution –
Remove this cancer before it grows. Do not promote this individual and do not allow others in the organization to believe this behavior is acceptable. As a CEO, this cancer is very dangerous for a Board of Directors and establishes a tone for the entire organization that this behavior is acceptable, and the cancer will destroy revenue and products.

We should be creating a culture that embraces those who keep problems from becoming crises.

Every business has a crisis from time-to-time and typically there are a number of heroes who help solve them. It is tempting to want to be lauded as the hero, but the reality is that we have been hired not for our good looks (or at least I definitely wasn’t hired for mine …) but to prevent mistakes and take decisive action when something does not go as well as planned. The key is to correct a situation and move on without fanfare.

Solution –
Sometimes this cancer can be “treated.” Explain the need to reduce self-publicity and if you are unsuccessful, excise. 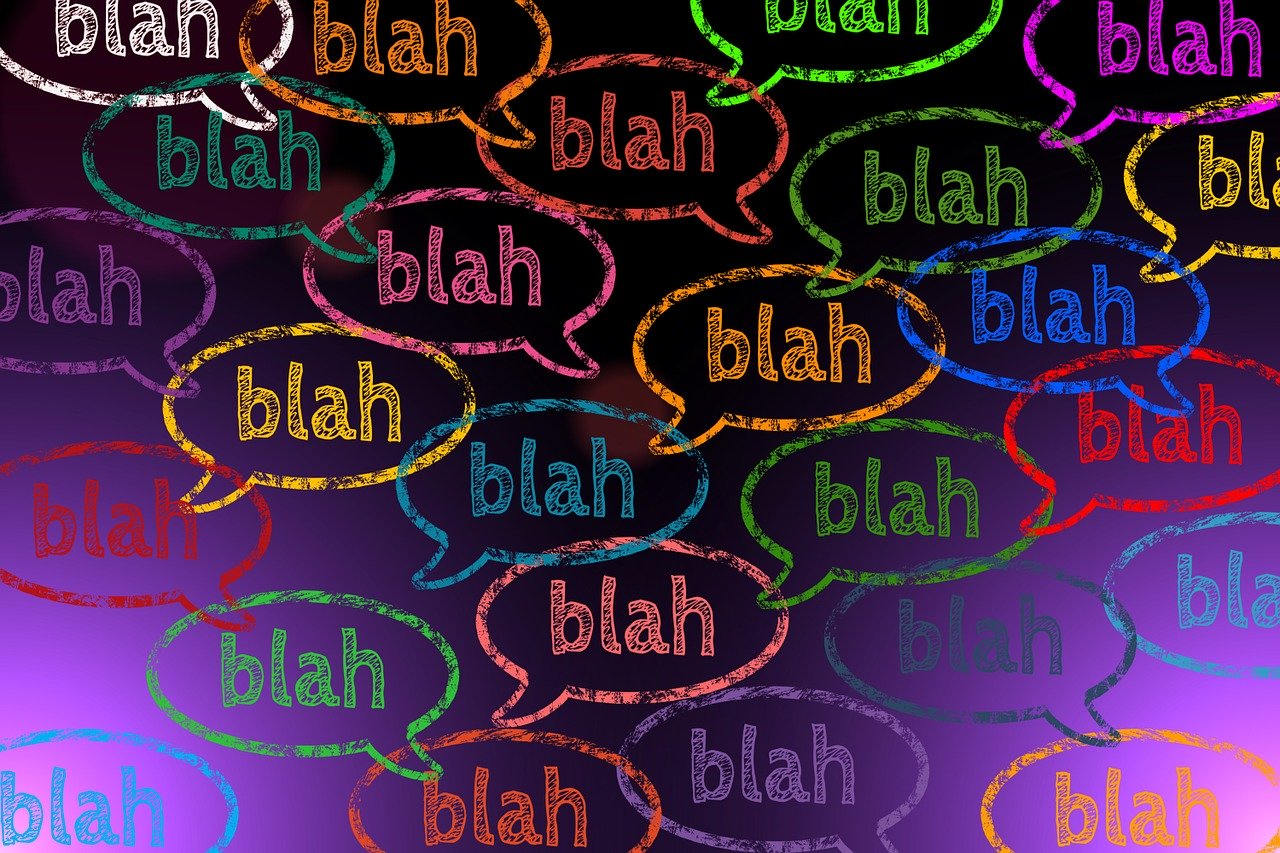 With all the talk about how much time a company should spend on new products vs. maintaining old products, who has the time to invest in morale destroying gossip?

Time spent gossiping by definition steals away from both new product and improving existing products. I am a recovering gossip – after getting caught in the act a few times and recognizing how it hurt others, I try to instead always think first “is there anything good that will come of me sharing this information and would I want the person of whom I am speaking of hearing me tell the tale to another?” Thinking before I speak helps out a lot.

Definition –
Talk show host Dave Ramsey is known for his company gossip no tolerance policy and defines gossip as discussing anything negative with someone who can’t help solve the problem.

If I’m having problems with my medical benefits, and I feel the person responsible is slow about helping me, I don’t complain about it to a coworker on Slack. I talk to my benefits person or my leader because he or she can and will do something about it.

This cancer often greets people with salacious personal matters of another that are none of any of our business!

It is impossible to create a unified team with a bunch of gossips. Gossip pushes people apart instead of pulling them together, and everyone knows you can’t trust a gossip. – Dave Ramsey

Let’s be honest – it is very tempting to indulge in this behavior from time-to-time. About now you are likely envisioning the office gossip (heaven help you if there are more than one) who constantly spew gossip and waste everyone’s time. The gossip start sentences with “I probably shouldn’t be telling you this…” or “you won’t believe …” in hushed and whispered tones.

Don’t trust a Gossip – guess who he is likely talking about when you are not around?!? (Hint, starts with Y and ends in U and has an O in the middle …)

Their behavior is a waste of company time for himself, those who are willing to listen, and weakens team trust and moral.

Solution –
First, don’t participate by listening or contributing to the Gossip. You can try to treat this cancer by explaining the effects of their actions on the lives of others. Most likely you will be unsuccessful, and you will need to excise the mass.

One of my favorite aspects of working at AKF Partners is that while we tease each other mercilessly, it is done out of love (or at least that is what I tell myself each night as I whimper in the fetal position sucking my thumb as I cry and rock myself to sleep) and it has been my experience that we are all trying our best to help each other out and to do our best. Gossip is not tolerated.

If I identify a problem, it is my responsibility to find a solution or turn it over to someone who can. Sitting around and complaining about it doesn’t advance us forward. The founding partners and our CEO have created a culture of #GSD (get stuff done …) and those who can’t or won’t contribute to the team don’t last very long.

Marty discusses the language tied to passive aggressive language in his post on Effective Team Communications.

Passive aggressive language is really annoying, but passive aggressive behavior cripples progress, creates a culture of complaining over #GSD, and is only for companies who like to be in last place and complain about it all the while.

A Passive Aggressive will say “yes” and make you believe she is on your side and “fighting the good fight” all while not taking action to do her part. Too often, this behavior is coupled with gossiping, so not only is the Passive Aggressive not doing her part, but also working overtime to ensure you will not be successful.

Within organizations outside of AKF, I’ve witnessed people nodding their heads and stacking hands and agreeing to take a course of action before we leave a meeting. Weeks or months later we come back to check in and no one has done a thing but they are full of all the reasons why it won’t work and “I told you so” damning.

Passive Aggressives are about complaining and finding the reasons why something cannot be done rather than taking action, accountability, and ownership to drive to the agreed upon outcome.

Passive aggressive behavior is dishonest and – even worse – deceptive at its core. Not only does the person not take action – but they have promised to do so resulting in you thinking that the work is being done.

Solution
If your company does not have a strong passion toward action and accountability, passive aggressive behavior is likely to thrive. The only way to eradicate it is swift counseling and accountability (30-day PIPs with defined weekly deliverables, not 3-6 months) and removing those who are unwilling or incapable of change quickly. Others who are capable of change will get the hint and those who don’t need to also be swiftly dealt with.

The Passive Aggressive are often seen in the company of Gossipers and sometimes will be the rare but extremely deadly combination of Passive Aggressive Gossiping Seditionist. Whether of the merged mutant variety or the base type, there is no treating this cancer. It must be irradiated, chemo’d and excised with extreme urgency.

Make no mistake about it, you have no obligation to continue to employ these mutated employees. Very often these employees get just enough done, or my LEAST FAVORITE, have “institutional knowledge” (Information Hoarders) that creates fear in letting them go.

“Treating” (counseling) or removing them is the right thing to do, and you can never act too quickly.

Like the ugly couch you inherited when you were in college and have now moved several times, it often takes an outside view to clearly identify these behaviors in your organization. Give us a call, we’d love to help!

Next: Faster Time to Market – How to Avoid Overengineering (Rule 1)