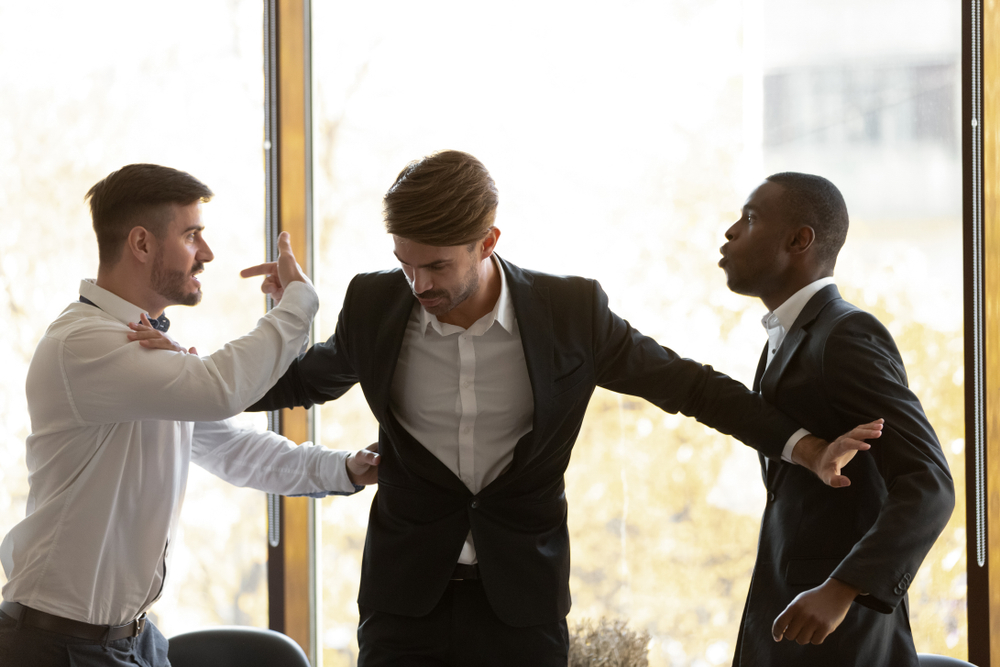 Affective conflict is most often emotionally, role or relationship based.  Very often the root of the conflict lies in the notion of “who” will do something or “how” that something will be done.  Arguments about “who” does something between colleagues is a struggle for primacy and offers no value to the firm; at best it is just wasted time relative to other endeavors and at worst (and most commonly) it creates ill will and a desire not to work together for the common good.  Discussions regarding “how” something should be done is often seen as micromanagement from a boss or unwanted intrusion from a colleague.  The results are almost always detrimental and include diminished team cohesion, restricted team judgement and as a result almost always lower overall team and company performance.

You can typically tell when you are in an affective conflict situation as your heart rate will increase, you will begin to anger, your body will flood your system with cortisol, and you will experience many of the effects of the “fight or flight” syndrome.  Similarly, when you observe teams involved in affective conflict you will note raised voices, flushed faces, and exaggerated body movements.  Affective conflict is bad for people, teams, and companies.

Cognitive conflict often involves “what” should be done, by “when” it needs to be accomplished, and “why” something is necessary.  As one might interpret from the explanation above, cognitive conflict is very often constructive in the early phases as it provides focus (“what”), illuminates necessary timelines (“when”) and inspires debate regarding the necessity (the “why”).  When engaged in and handled properly, it often leads to higher levels of performance within a team as the resulting debates help to at first increase the strategic alternatives and help teams coalesce on focused areas of engagement.

“Properly handled” is the key phrase however, as when cognitive conflict is not facilitated properly it can escalate into affective conflict when teams move to discussion of “who” and “how”.

Very high performing teams intuitively attempt to stay in a constant state of light cognitive conflict.  They engage in brainstorming sessions to unlock the experiential diversity power of the team and engage in focus sessions that take the output of brainstorming into prioritization meetings to create roadmaps for execution.

One of the most important jobs of any manager or executive is maximizing the value of what their team and company produces.  For lower-level managers that means maximizing throughput and quality while minimizing the cost to achieve it.  For executives it means the same but on a much larger scale across the depth and breadth of their organization.  To do that, each must minimize the frequency and amplitude of affective conflict and maximize the frequency and duration of cognitive conflict.  Our recommendations on team construction are built to help engender higher levels of cognitive conflict through experiential diversity.

Want to learn more about how to design organizations and put in place business processes to maximize cognitive conflict and minimize affective conflict in your company or organization?  Give AKF Partners a call!