Technologists are frequently asked: what are the chances that a given software release is going to work?  Do we understand the risk that each component or new feature brings to the entire release?

Putting a number to risk is a very useful tool and this article will provide a simple and easy way to calculate risk and produce a numeric result which can be used to compare risk across a spectrum of technology changes.

When we assess a system, one of the key characteristics we want to benchmark is the probability that a system will fail.  In particular, if we want to understand whether or not a system can support an availability goal of 99.95% we have to do some analysis to see if the probability that a failure occurs is lower than 0.05%. How do we calculate this?

DEFINITION: Pi is the probability that a given system will experience an incident, i.

For the purposes of this article we are measuring relative and not absolute values.  A system where Pi=1 means the system is very unlikely to experience failure.  On other hand, Pi values approaching 10 indicate a system with a 100% probability of failure.

DEFINITION: Ii is the impact (or blast radius) a system failure will have.

Ii=1 indicated no impact where Ii=10 indicates a complete failure of an entire system.

DEFINITION:  Pd is the probability that an incident will be detected.

Relative Risk is now only a question of math: 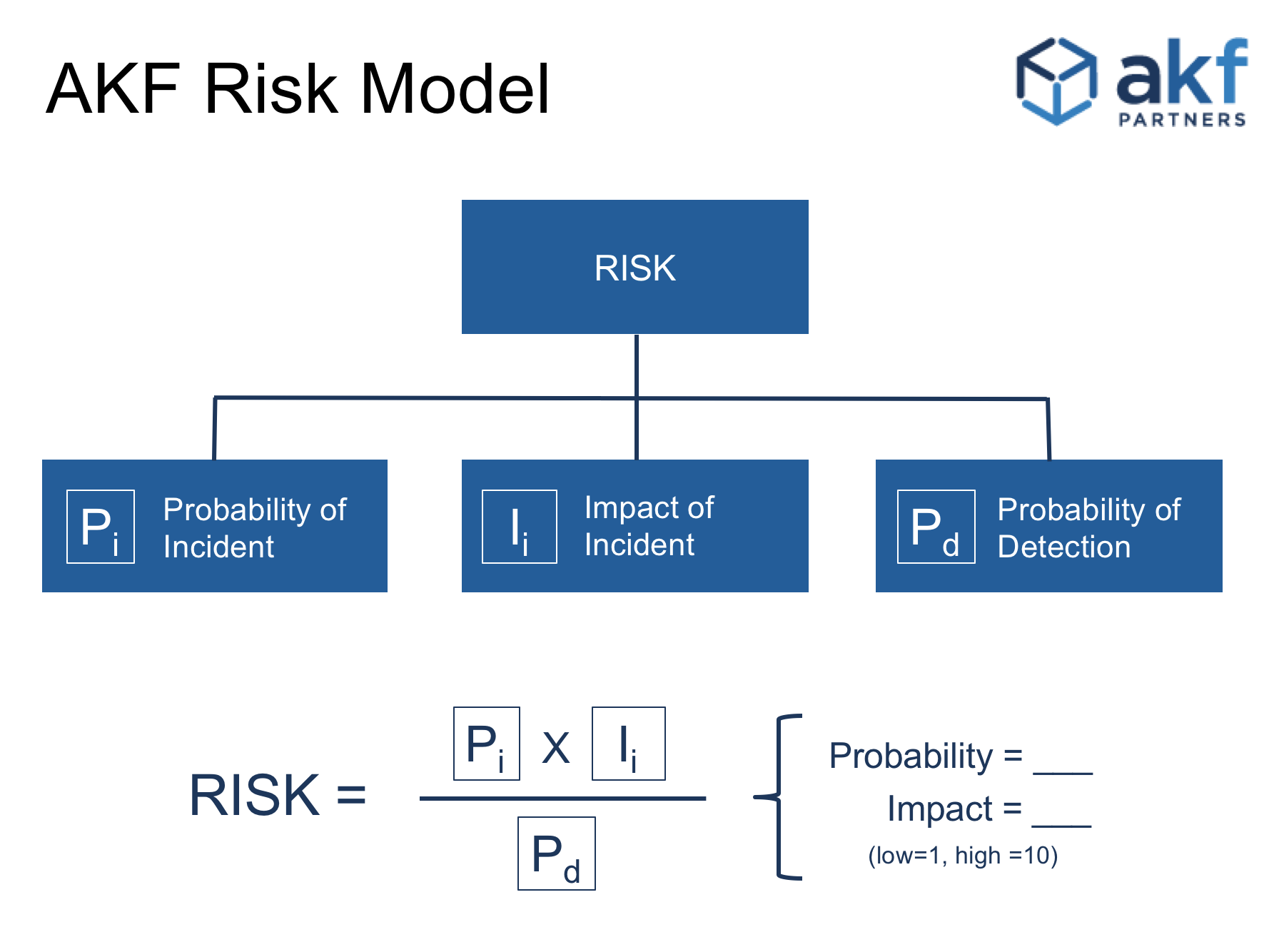 Example 1: Adding a new data file to a relational database

Example 2: Database backups have been stored on tapes that have been demagnetized during transportation to offsite storage.

This formula has utility across a vast spectrum of technology:

The purpose of this formula and similar methods is not to produce a mathematically absolute estimate of risk.  The real value here is to remove guessing and emotion from the process of evaluating risk and providing a framework to compare risk across a variety of changes.

Click here to see how AKF Partners can help you manage risk and other technology issues.

Next: The AKF Equation and Achieving Results